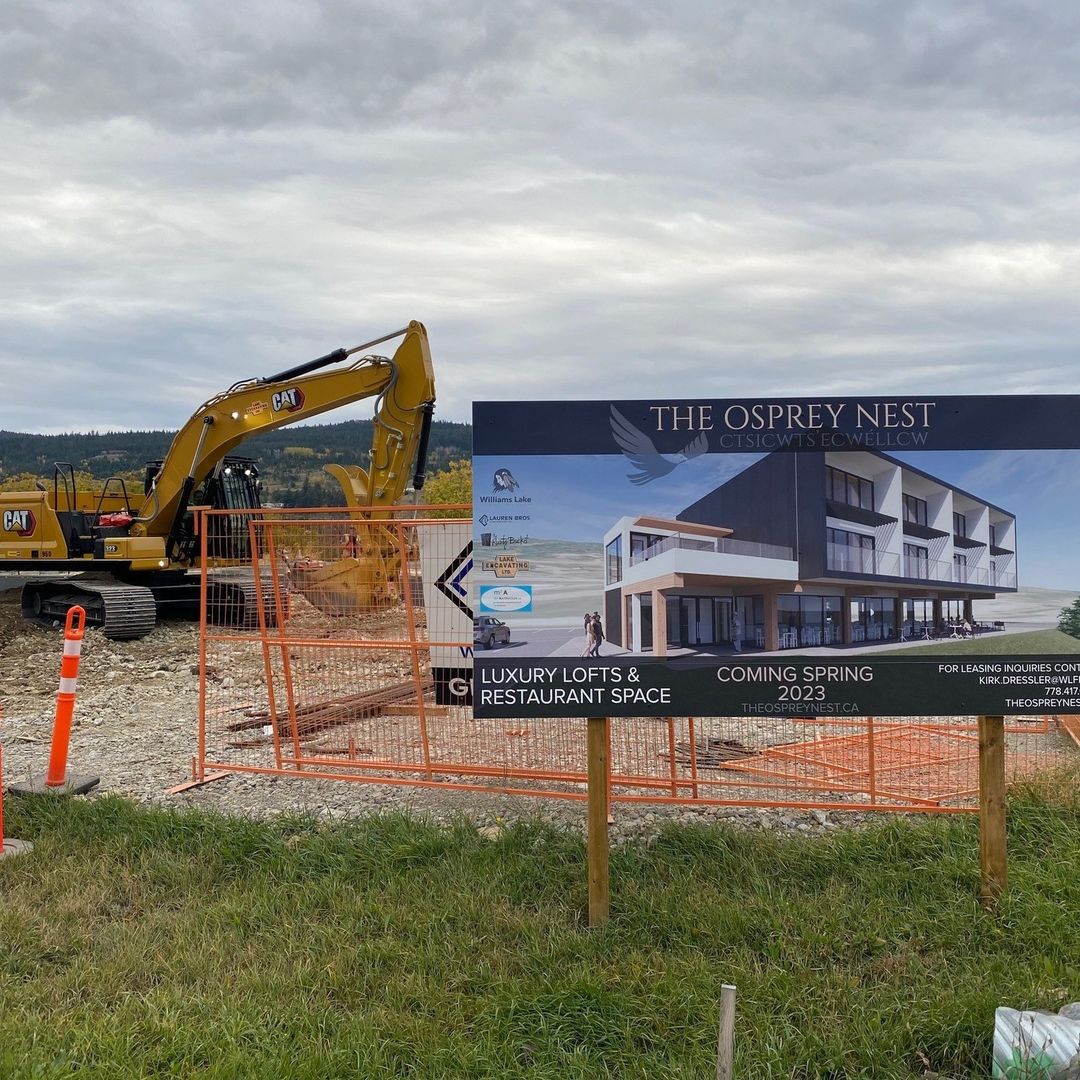 The City of Williams Lake and Williams Lake First Nation (WLFN) are pleased to announce the signing of a fire service agreement (the “Fire Service Agreement”) to protect infrastructure at WLFN’s San Jose Indian Reserve No. 6 (IR#6), an urban reserve that hosts a number of key WLFN economic enterprises including Unity Cannabis and Sugar Cane Cannabis. A further mixed-use residential/commercial project, the Osprey Nest, is currently under construction on IR#6.

The Fire Service Agreement is the result of more than a year of negotiation and collaboration between the City of Williams Lake and WLFN, and commits the City to provide enhanced fire protection to IR#6 for an annual fee. The provision of water and sewer services to IR#6 was addressed in an earlier agreement signed by both parties in the 1990s. That earlier agreement committed that the City would provide water and sewer services to IR#6 in exchange for a sewer right of way through the WLFN reserve lands (known as Tillion IR#4) at the confluence of the Williams Lake River Valley and the Fraser River.

In 2014, WLFN assumed control of its reserve lands under a form of sectoral self-government known as “First Nations Land Management”. This removed WLFN from land-related provisions of the Indian Act, and gave WLFN the authority to negotiate agreements, pass laws and lease and develop lands without the involvement of Indian and Northern Affairs Canada.

The Fire Service Agreement is consistent with other servicing agreements in Canada and was modeled to incorporate best practices shared by the Federation of Canadian Municipalities.

“Originally created by Canada as a subsistence reserve for our ancestors to fish at Williams Lake, IR#6 has now evolved to reflect WLFN’s forward-looking approach to self-sufficiency. WLFN has made significant efforts to foster economic reconciliation by creating new employment opportunities and revenue streams, and we have been as innovative as possible with our land-use planning and development. This important commitment by the City of Williams Lake to provide fire protection will ensure WLFN’s community investments are protected and maintained well into the future. WLFN is grateful for this partnership with the City of Williams Lake.”

“I am pleased that the City of Williams Lake and Williams Lake First Nation were able to work collaboratively to address this essential service. It is extremely important that the City continues to focus on meaningful reconciliation and relationship building, and the signing of the Fire Service Agreement is reflective of our commitment to moving forward together for the mutual benefit of our communities.”