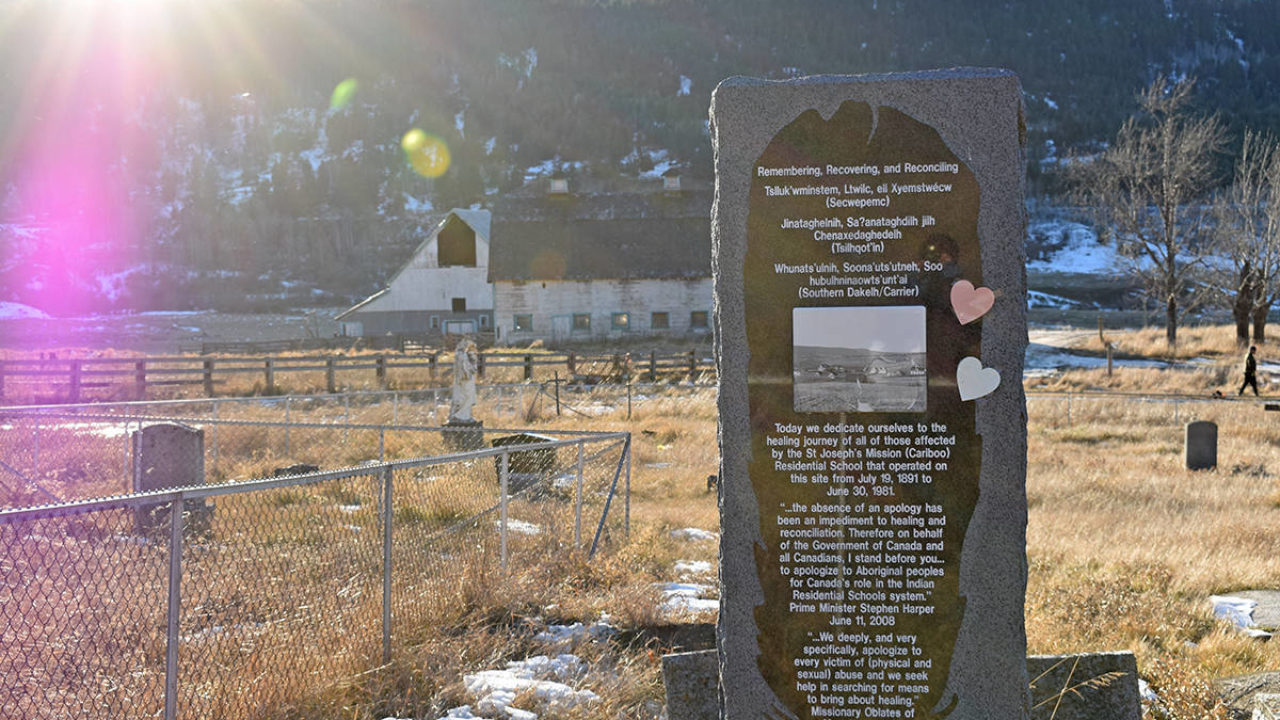 Less than two weeks after the horrific discovery of 215 unmarked graves on the site of the former
Kamloops Residential School on the lands of the Tk’emlúps te Secwépemc (TteS), the Williams Lake
First Nation (WLFN) has announced its strategy to undertake a comprehensive ground analysis of land
surrounding the site of the former St. Joseph’s Mission Residential School.

Located just kilometres from the WLFN community core on WLFN IR#1 (commonly known as “Sugar Cane”),
St Joseph’s Mission was operated as an Indian Residential School between 1886 and 1981. Thousands
of Indigenous children were forced to attend the school, which was administered by the Catholic
Oblates and part of the residential school system set up by the Government of Canada. The property
on which St. Joseph’s is located, along with the adjacent ranch lands, are currently owned by a
private landowner. Preliminary discussions with this landowner have indicated that they are
supportive of WLFN’s desire to complete the search, which will employ the same ground penetrating
radar technology that was used to discover the mass grave in Kamloops.

WLFN Chief Willie Sellars reflected on the community’s healing journey since the painful discovery
at TteS was announced on May 27, 2021:

The last two weeks have been a whirlwind of emotion as longstanding scars have been painfully
reopened within our community, our region, and throughout Canada. The legacy of St. Joseph’s
extends well beyond WLFN, or even the Secwepemc, and has impact on the Tsilhqot’in, Dakelh and
other aboriginal groups. Our leadership has taken time to gather input and carefully consider our
approach and response in relation to the St Joseph’s Mission site, which is in the heart of our
T’exelc territory. It is clear from discussions with elders in our community, and other
communities, that there is considerable knowledge about the horrendous abuse and atrocities that
took place in our backyard for nearly a century. It is time to complete the investigation and
hopefully find some form of closure on this terrible chapter of Canadian history.

Chief Sellars further acknowledged that he had been in communication with Marc Miller, Minister of
Indigenous Services in the Federal Cabinet:

Canada has acknowledged that funding support will be made available to Indigenous communities
across the country once a formal proposal has been submitted to decision makers. We urge all levels
of government to be solution oriented as we attempt to more clearly understand the scope of the
residential school atrocities and endeavour to move forward on this healing journey. We encourage
the citizens of this country to continue to stand with our survivors and leaders, especially on
June 21, 2021 during National Aboriginal Day, so that we can jointly hold responsible the
governments and religious groups involved in the administration of Canadian residential schools.
This accountability includes providing access to records so that we identify any children who might
have disappeared at St. Joseph’s Mission.

WLFN Councillor Chris Wycotte echoed these comments, suggesting that a pending analysis of the
grounds of St Joseph’s Mission must be led by strong cultural protocols, state-of-the art
technology, and with the utmost respect and compassion for affected Indigenous people across the
region:

Our Council met with respected elders immediately after the TteS discovery. Our knowledge keepers
communicated a strong desire to advance the analysis at St Joseph’s, emphasizing the necessity of
careful protocol and ceremony that our ancestors could be proud of.

Not all communities in the region will support our stance of being patient, respectful and being
led by cultural practice and protocol. Our Elders have reminded us that there is nothing political
about honouring our lost loved ones. Empathy, compassion, and honouring our ancestors’ knowledge
will give our community strength as we advance this important search. We stand with the
Tsilhqot’in, Dakelh and all other nations that were impacted by the atrocities at St. Joseph’s and
promise that we will be tireless in our pursuit of truth and justice.

WLFN leadership has indicated that the search will be led by a comprehensive team that includes
community elders and cultural advisors, archaeological professionals, key WLFN technical staff and
carefully selected professional partners.