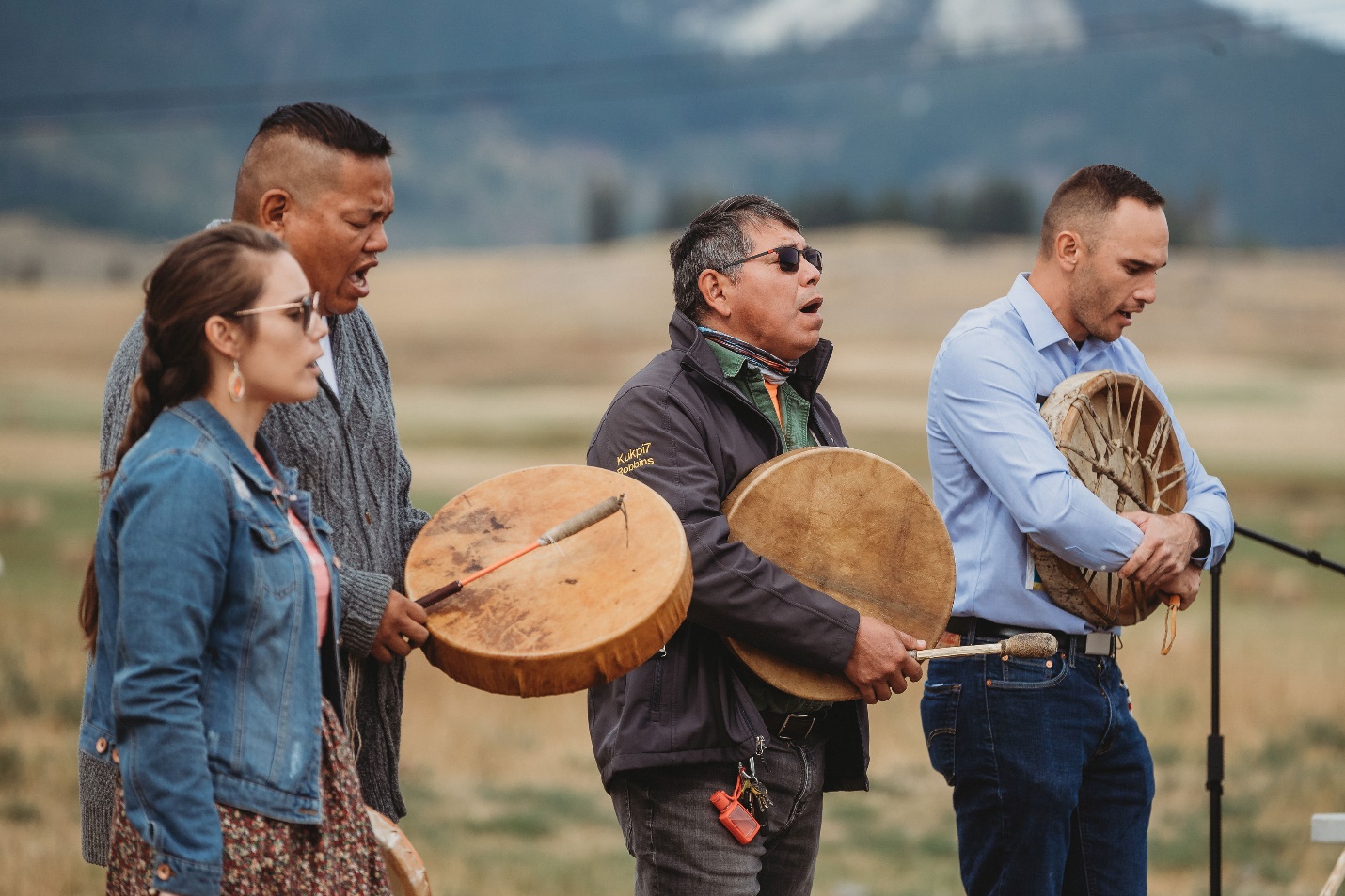 A ceremony to commence the ground investigation of the lands surrounding the site of the former St. Joseph’s Mission (SJM) Residential School was conducted on Monday, August 30th. The ceremony was attended by numerous elected officials from the WLFN and other communities, along with elders and other dignitaries. Video footage from the ceremony can be viewed here.

Immediately following the ceremony, the Ground Penetrating Radar (GPR) component of the site investigation commenced. GPR works by sending high-frequency electromagnetic waves into the ground from a transmitting antenna and measuring the strength and time of any reflected signal.

Records research has been underway for several weeks, and efforts continue to compile more data and review data that has been collected to date.
Interviews with survivors of the former SJM Residential School, along with members of the survivors’ families, are also underway. In the weeks to come, members of the WLFN SJM Investigation Team will continue with these interviews, and anyone who feels that they have information relevant to the investigation is encouraged to reach out through email at sjmission@wlfn.ca.
WLFN will also be making efforts to obtain additional historical photographs of the SJM site to assist in the investigation. These photographs can be extremely useful to assess the layout of former buildings, and to compare against descriptions and information that is obtained through survivor interviews.
The governments of both Canada and British Columbia have made funding commitments toward the initial SJM investigation program. The support of both these governments is appreciated, and WLFN looks forward to continuing to work with Canada and British Columbia throughout the duration of the investigation.
Progress updates will be provided weekly, and inquiries can be directed to the WLFN SJM Investigation Team at sjmission@wlfn.ca.